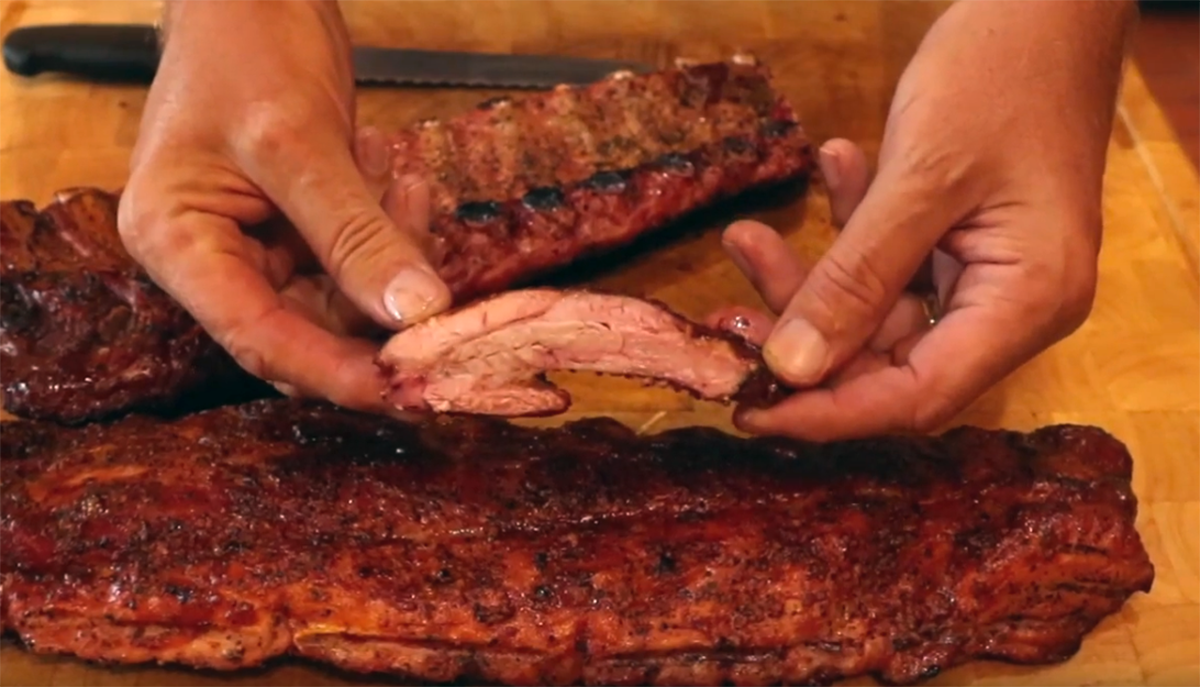 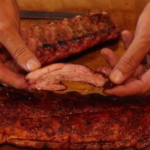 This recipe is part of a series that incorporates the ThermoWorks Billows on a Weber Kettle 22. This time we are cooking Baby Back Ribs in 3 Hours. If you would like to know more on how to install a ThermoWorks Billows on your Weber Kettle please check out this installation video – https://youtu.be/Da0gHrkINSo
Print Recipe
CourseMain Course
CuisineAmerican
Keywordbaby back ribs
Prep Time30 minutes
Cook Time2 hours 30 minutes
Total Time3 hours
Servings4
Calories248kcal
Cost20 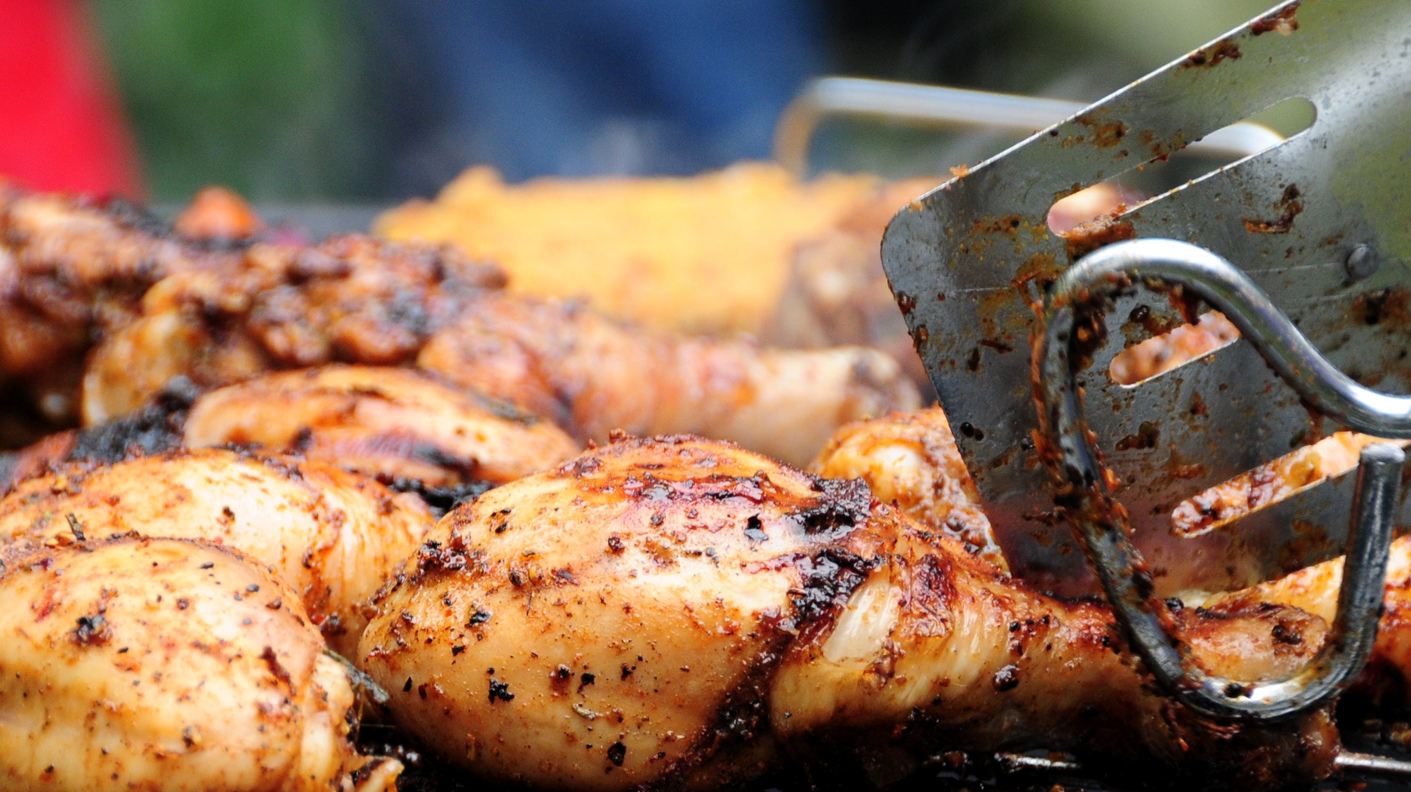 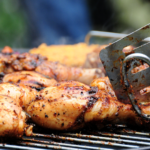 This is a real easy jerk chicken recipe that only requires 4 ingredients and that includes the chicken. 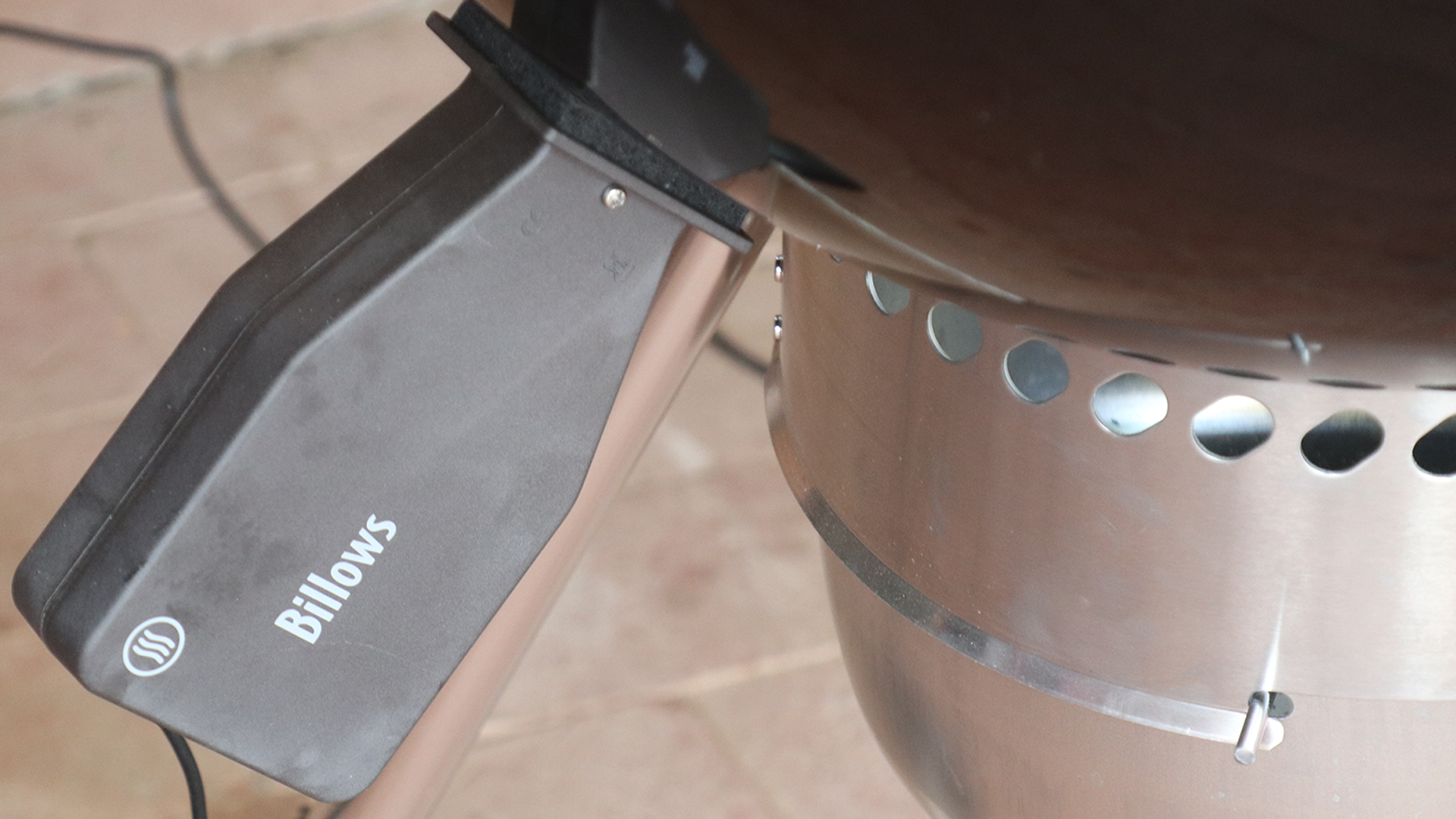 We are going to cover both installation and also a full product review of the ThermoWorks Billows BBQ Temperature Control Fan. The Billows is an add-on product for the Signals BBQ thermometer. Here are all the things you will need to compete the installation.

The installation part is going to be installing the billows onto a weber kettle premium 22 as you can see above a hole has to be drilled but before you panic, it’s a lot easier than you think.

The first thing we need to do is find out where we need to drill the hole. Start by getting behind the grill so the front is facing away from you.

From this view point you will be making the hole on the right side of the grill now there are a few steps we need to do so we can make sure the hole is in the correct place.

Also you’re going to need a few tools and some materials. First material is masking tape.

Don’t use the blue or green tape for it is not strong enough. Also, get the wide version. Now you need to start taping approximately where the hole should be put down long strips of tape and move the ash vents around so you can get underneath them.

Now rotate the ash vent fully clockwise until they stop. Now trace around the vent using a dark pen or pencil make sure the lines are very visible on the tape.

Now rotate the ash vent counterclockwise until it stops now trace around the new vent over the tape.

Now go get the charcoal grate and put it in place then trace where the tape is.

Now remove the grate draw a parallel line about a half-inch below your traced line.

Now drill a pilot hole the porcelain enamel on the bowl is really hard to drill so use a new bit and take your time.

The Drill Bit below is a pretty mean-looking bit but it also gets the job done.

When using this bit you will fill that it pops as it makes the hole larger. In my case when I felt seven pops I knew I was done. Oh I forgot to tell you it makes a sound similar to fingernails on a chalkboard except it’s about ten times louder. Besides the noise, it does make a perfect hole for when it cuts it also deburrs the metal. Also it is quite a workout for after a while the drill motor feels like it weighs about 50 pounds. Then you are done and the hole is exactly one inch wide and perfectly round.

Next you peel off the tape and knock up all the metal debris the tape should come off real easy but again take your time for a lot of the metal fragments will stick to the tape and not you. Knock off any metal fragments and I recommend you vacuum out the bottom of the bowl now put the charcoal grate back in and rotate the ash vents all the way to the left and then to the right just to make sure everything is clear.

Just one more thing to do to finish this modification and that is the paint the inside of the hole. I did do one final pass with a hole bit just to make sure all the metal birds were gone so I went from the outside in. Wipe the area clean and then put a piece of masking tape over the hole from the outside. Now using a high temperature paint like Rust-oleum will protect the metal from rusting.

Let the paint completely dry this usually takes at least a few hours peel off the tape and the modification is now complete this is how it looks to the outside.

Looks pretty good to me now we can add the billows to the grill there are two springs you need to insert. It is best to secure one in the hole and then follow up by inserting the second spring in the hole. The billows will be held in place by the springs and a soft air silk gasket will keep the grill air tight.

Now we need to add the other parts. Here is the Signals BBQ thermometer. This is the controller for the bellows fan.

Next we need the splitter cable. This supplies power to the signals unit and also controls the Billows fan

Now plug in the power line that plugs into an AC power outlet.

Here’s channel 4 on the Signals unit without the billows plugged in.

Here is what channel 4 looks like when the billows is plugged in.

Notice there’s now a fan icon and the default temperature is 225 degrees Fahrenheit.

Here are the performance tests that we’ll be running.

A Weber charcoal basket is put on one side.

And another Weber basket is put on the other side.

A full chimney of Kingsford original charcoal briquettes that had now burned for 15 minutes. The briquettes are then evenly distributed between the two charcoal baskets. Just the last look to make sure the baskets have equal amounts of coals.

Now put on the cover. The plan is the cover stays on for the whole test unless there’s an issue. Here is the complete temperature chart for our tests.

On this first test of 225 degrees the grill overshot and did not stabilize till it hit 247 degrees.

In the final 30 minutes of testing we cranked the signals up to 350 degrees and it took 15 minutes to reach temperature never overshot and at that point never less than three degrees fluctuation.

ThermoWorks is not the first to market with a temperature control fan but they are definitely the best in market with one based on the superior Signals BBQ thermometer. We give this product a top five star rating and have now added it to our own outdoor kitchen as a product we will use on all future reviews.

ThermoWorks Billows on a Weber Kettle 22 – Installation and Review Video 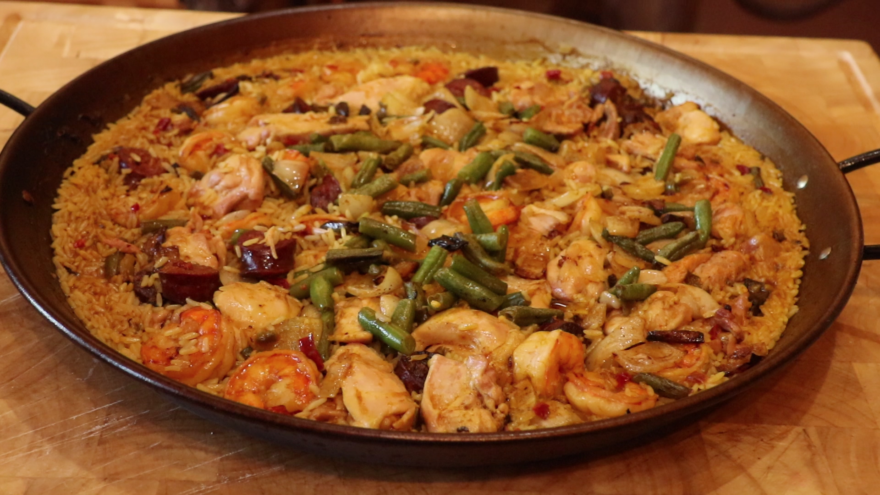 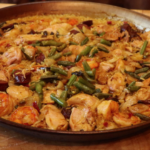